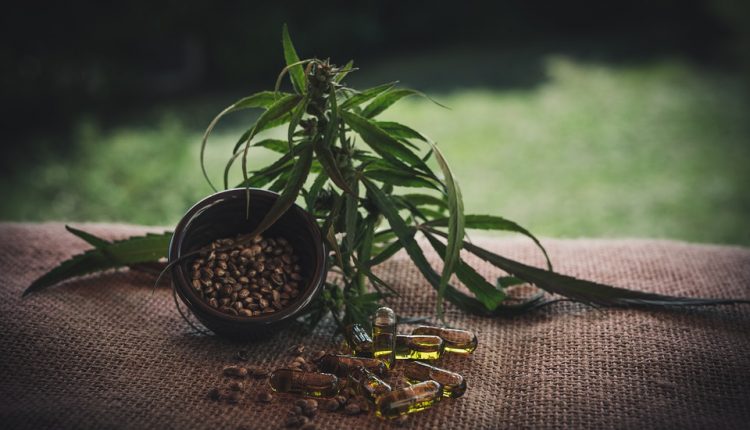 CBD Is Wildly Popular: But What About Its Legality?

Unless you are living under a rock, you must have heard about CBD by now. It’s all the rage and almost everyone seems to be trying it out in one form or the other. But, what exactly is it?

First things first, what is CBD?

Simply put, it’s one of the many chemical compounds present in the cannabis plant. It is short for cannabidiol. This naturally occurring substance is used in products like edibles, oils, gummy bears, etc. it’s supposed to induce calmness and feelings of relaxation. THC, another chemical compound found in cannabis, is unlike CBD. It’s the psychoactive sibling of CBD which causes the high.

The chemical structure of CBD is such that it carries no ‘mind-altering properties’ and so you can never get high just by consuming cannabidiol alone.

How is cannabidiol different from marijuana?

As mentioned earlier, it’s one of the many components or active ingredients from the cannabis or marijuana plant. CBD forms the heart of medical marijuana. It is derived from the hemp plant. And, though it’s a part of the marijuana family, by itself CBD doesn’t pose any health threats.

The World Health Organization released a report on CBD. It says that CBD exhibits no signs in humans that could be indicative of dependence or abuse. To this day, there has not been one single documented health-related issue arising due to the consumption of pure CBD.

How does CBD work?

Decades of research has gone into studying the effects of CBD and how it achieves those effects. Scientists believe that CBD renders pain management and relaxing effects by engaging with the body’s ECS or Endocannabinoid System.

This system was first discovered back in the ’90s. It is thought to be a vital receptor system of the human body responsible for sustaining good health and pain perception. It’s connected directly with immune tissues, endocrine system, and several brain functions.

It is made of CB1 and CB2 receptors. CB1 neurons exist in the brain, particularly in the Amygdala, Hypothalamus, and Hippo-campus. The CB2 receptors are present throughout the body, including the immune cells, spleen, tonsils, etc. CBD is supposed to render its therapeutic effects by interacting with these neurons.

Everything sounds good, but is CBD legal?

You have to know that CBD can come from both marijuana and hemp. It’s highly likely that most marijuana-derived CBD products are illegal in the states with a few exceptions.

As for the hemp-derived CBD, it’s legal in all states except Idaho, Nebraska, and South Dakota.

It’s also worth mentioning that industrial hemp was legal in the US until the Marijuana Tax Act came into existence in 1937.

It wasn’t until 80 years later in 2014 that Farm Bill put hemp alongside other mainstream crops, thus legalizing hemp cultivation. The latest 2018 Farm Bill has made it federally legal to grow hemp and distributed hemp products including CBD oil.

But, just so you know, all CBD products are federally required to contain no more than 0.3% THC. To that end, all cannabidiol products derived from IHF LLC Hemp Flower go through extensive in-house and third-party lab testing.

So, do check the source where you get CBD and also check your state guidelines before buying CBD products.

Will CBD show up on a drug test?

CBD products that have gone through all legal channels and comply with federal requirements, meaning they carry legal THC limit, should not show in blood tests.

However, athletes who may be consuming CBD products regularly and who are often required to take drug tests may be more sensitive to accidentally consuming more than the legal THC limit. It’s possible for THC to show on their drug tests.

Can you travel with CBD?

With the 2018 Farm Bill coming into effect, one should have no issues traveling between states as long as they carry legit CBD products. However, if you will be carrying a tincture, check out the TSA limits on carrying such liquids on an airplane.

The Bottom Line on CBD use:

On the federal level, all marijuana-derived CBD products are illegal with a few medical exceptions under some state laws.

All hemp-based CBD products carrying less than 0.3% THC are federally legal but may have some legislation pending in some states. So make sure that your state’s guidelines before trying out any CBD product.

You should also know that except for Epidiolex, the first CBD-based mainstream medicine meant to cure epilepsy, CBD products are not regulated by the FDA.

You would, therefore, want to avoid buying from vendors who make medical claims for selling their CBD products.

Over the years, CBD has been a subject of countless studies and it’s apparent that this is a promising compound when it comes to managing pain, stress, and inducing relaxation. However, we definitely need more solid and thorough investigations especially now that CBD has reached mainstream medication.

The Ultimate Beginner’s Guide to Vaping