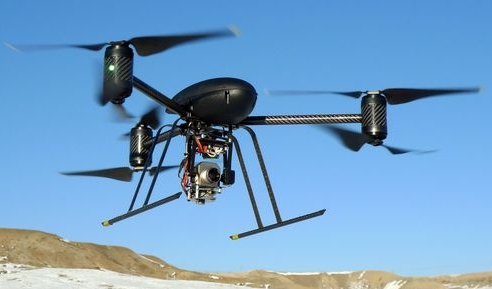 Congress Destroys A Hobby, FAA Gets The Blame

As ordered by the US Congress, the FAA is gearing up to set forth a standard for commercial UAVs, Unmanned Aerial Systems, and commercial drones operating in America’s airspace. While they’ve been dragging their feet, and the laws and rules for these commercial drones probably won’t be ready by 2015, that doesn’t mean the FAA can’t figure out what the rules are for model aircraft in the meantime.

This week, the FAA released its interpretation (PDF) of what model aircraft operators can and can’t do, and the news isn’t good: FPV flights with quadcopters and model airplanes are now effectively banned, an entire industry centered around manufacturing and selling FPV equipment and autopilots will be highly regulated, and a great YouTube channel could soon be breaking the law.

The FAA’s interpretation of what model aircraft can and cannot do, and to a larger extent, what model aircraft are comes from the FAA Modernization And Reform Act Of 2012 (PDF). While this law states the, “…Federal Aviation Administration may not promulgate any rule or regulation regarding a model aircraft…” it defines model aircraft as, “an unmanned aircraft that is capable of sustained flight in the atmosphere; flown within visual line of sight of the person operating the aircraft; and flown for hobby or recreational purposes.”

The FAA has concluded that anything not meeting this definition, for example, a remote controlled airplane with an FPV setup, or a camera, video Tx and Rx, and video goggles, is therefore not a model aircraft, and falls under the regulatory authority of the FAA.

Interestingly, receiving money for demonstrating aerobatics with a model aircraft is also not allowed under the proposed FAA guidelines, a rule that when broadly interpreted could mean uploading a video of yourself flying a model plane, uploading that to YouTube, and clicking the ‘monetize’ button could soon be against the law. This means the awesome folks at Flite Test could soon be out of a job.

The AMA, the Academy Of Model Aeronautics, and traditionally the organization that sets the ‘community-based set of safety guidelines’ referred to in every law dealing with model aircraft, are not happy with the FAA’s proposed rules (PDF).

However, their objection is a breathless emotional appeal calls the proposed rules a, “a strict regulatory approach to the operation of model aircraft in the hands of our youth and elderly members.” Other than offering comments per the FAA rulemaking process there are, unfortunately, no possible legal objections to the proposed FAA rules, simply because the FAA is doing exactly what congress told them to do.

The FAA is simply interpreting the Modernization And Reform Act Of 2012 as any person would: FPV goggles interfere with the line of sight of an aircraft, thus anyone flying something via FPV goggles falls under the regulatory authority of the FAA.

Flying over the horizon is obviously not line of sight, and therefore not a model aircraft. Flying a model aircraft for money is not a hobby or recreation, and if you’re surprised about this, you simply aren’t familiar with FAA rules about money, work, and person-sized aircraft.

While the proposed FAA rules are not yet in effect, and the FAA is seeking public comment on these rules, if passed there will, unfortunately, exactly two ways to fix this. The first is with a change in federal law to redefine what a model aircraft is.

If passed, the only other way these rules will align with the privileges model aircraft enthusiasts have enjoyed for decades is through a court ruling. The lawsuit objecting to these rules will most likely be filed by the AMA, and if these rules pass, a donation or membership wouldn’t be a bad idea.

The True Sin of Sin Taxes

The True Sin of Sin Taxes

Employers are wary of hiring smokers and obese people