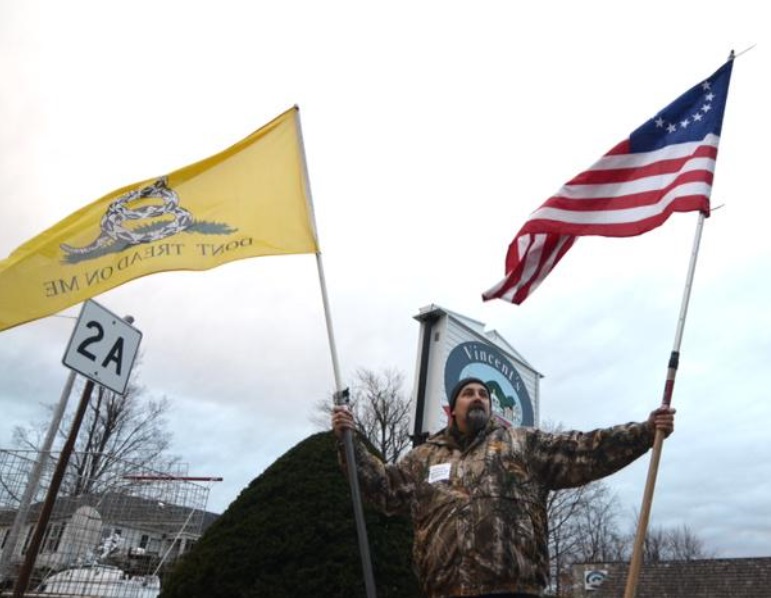 Vincent’s Country Store, “We will aggressively begin the BOH recall process after Chairperson Andrea Crete childishly ended the meeting tonight by walking away from a mess SHE created.”

Over lawyered – Chronicling the high cost of our legal system
Westminster, Mass., and the well-tended grass roots of tobacco bans

Townspeople came out loudly and in force to oppose the proposed Westminster, Mass. ban on all tobacco sales, and that has thrown advocates back a bit [New York Times, MassLive, earlier]:

“They’re just taking away everyday freedoms, little by little,” said Nate Johnson, 32, an egg farmer who also works in an auto body shop, as he stood outside the store last week. “This isn’t about tobacco, it’s about control,” he said.

Right he is. And despite the Times reporter’s lifted eyebrow at the notion that “outside groups” are encouraging town officials to go forward with the ban, it’s worth asking how Westminster, Mass., population 7,400, came to have its very own “tobacco control officer.” Do you imagine the townspeople decided to create such a position with local tax funds? If so, read on.

Westminster Seal For well over a decade the Massachusetts Municipal Association has run something called the Tobacco Control Technical Assistance Program, assisted by grant money from the state Department of Public Health.

It does things like campaign for town-by-town hikes in the tobacco purchase age to 21, and town-by-townbans on tobacco sales in drug stores. It will surprise few that it has been in the thick of the Westminster situation.

This article, written for a friendly audience of public health advocates, frankly describes how the MMA project, with assistance from nonprofit and university groups as well as the state of Massachusetts, worked to break down the reluctance of town health boards to venture into restrictions on tobacco sales (scroll to “Roles of the Massachusetts Tobacco Control Program, Local Boards of Health, and Tobacco Control Advocates”);

Local boards were enticed into hiring tobacco control staff by the DPH’s tobacco control grants. As a participant in the process explained, “[L]ocal boards of health looked at it as ‘oh, it’s a grant. Let’s apply for this grant. So now, what do we have to do, now that we’ve got it?’” …

The staff paid for with money from outside the town seem to have seen their job as, in part, lobbying the local officials: “We’ve had to work on each individual board [of health] member to get them to come around,” said one.

The account continues with many revealing details of how the outside advisers managed to orchestrate public hearings to minimize critics’ voice, deflect challenges with “we’ll take that under advisement” rather than actual answers, and in the case of particularly intense opposition, “back off for a couple of months” before returning.

“Grant-funded regulatory advocates were able to counter all of [opponents’] arguments and tactics.”

In other words, an extra reason for the townspeople of Westminster to be angry is that they have been paying to lobby themselves.

And it’s worth knowing exactly how the game plan works, because similar ones have been rolled out to localities in various states not only on “tobacco control” but on “food policy,” environmental bans and other topics. Grass roots? If so, most carefully cultivated in high places.